California Governor Gavin Newsom recently signed into law a landmark piece of legislation, which will affect nearly every employer currently using independent contractors in California. The law, Assembly Bill 5 (AB-5), which will become Labor Code Section 2750.3 on January 1, 2020, changes California’s test for determining employee versus independent… or, whether a worker is an employee or independent contractor for purposes of the Labor Code, the Unemployment Insurance Code, and the wage orders of the Industrial Welfare Commission.

Under the new test, commonly called the “ABC Test,” a worker is an independent contractor only if all of the following three elements are satisfied:

This test codified and expanded the California Supreme Court’s decision in Dynamex Operations West, Inc. v. Superior Court of Los Angeles (2018) 4 Cal.5th 903 (Dynamex) and brought California in line with at least 11 other states who have already enacted identical, if not similar, independent contractor laws.

Dynamex was a perfect test case for the California Supreme Court. Dynamex, a same-day courier service, initially classified all of its drivers as employees and compensated them pursuant to applicable wage and hour laws. Then, in 2004, to reduce operating costs, the company converted all of its drivers to independent contractors. Subsequently, Dynamex required all workers to provide their own vehicles, pay for all of their transportation expenses – including fuel, tolls, vehicle maintenance, and vehicle liability insurance – as well as all taxes and workers’ compensation insurance. The workers were also required to wear Dynamex shirts and badges, paid for out of their own pockets.

Despite these responsibilities and obligations, the drivers had significant autonomy. For example, while some of the drivers worked exclusively for Dynamex (including the class-plaintiffs), their employment was not exclusive, and others worked simultaneously with competing carrier services. The drivers were also free to set their own schedule, so long as they notified Dynamex in advance, and had discretion to set their own delivery routes.
Things came to a head when two delivery drivers sued individually and on behalf of a class of allegedly similarly situated drivers, alleging Dynamex failed to pay overtime, provide itemized wage statements, and failed to compensate the drivers for business expenses, as required for employees under the California Labor Code. 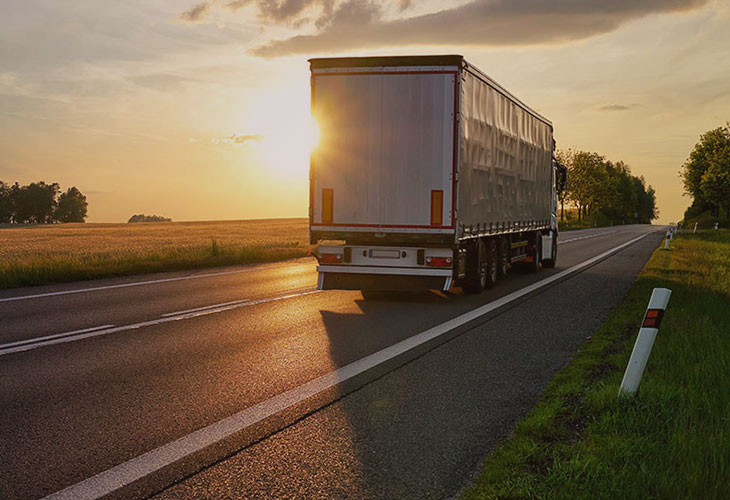 Dynamex argued the drivers were not employees per their contracts or under current law (California’s longstanding Borello test). Rather than follow the prevailing law in California, however, the California Supreme Court adopted the ABC Test, set forth above, to “streamline” and clarify the distinction between employees and independent contractors.

The Court used several scenarios to support its rationale. For example, a plumber who is hired to repair a bathroom leak in a retail store does not engage in the store’s usual course of business (retail), and therefore would likely be an independent contractor under the ABC Test. On the other hand, if a clothing manufacturer hires a work-at-home seamstress to make clothes from cloth and patterns supplied by the company, that would likely not fall within the scope of an independent contractor relationship.

Despite its vast restructuring of the employee classification framework, the Dynamex decision applies only to suits premised on violations of California’s Industrial Welfare Commission wage orders. (See Francisco Gonzales v. San Gabriel Transit, Inc. (Cal. App. 2d Dist. Oct. 8, 2019). However, subject to the exceptions noted below, AB-5 will apply the ABC test to all work performed on or after January 1, 2020 for purposes of the Labor Code, the Unemployment Insurance Code, and the and wage orders of the Industrial Welfare Commission.

AB-5 exempts certain specific professions as outside the scope of the ABC Test, Cal. Lab. Code § 2750.3, including, among others:

The list of exceptions has been debated and lobbied extensively and may undergo additional revisions. As voted in by California Voters, this rule has been adjusted for the trucking and transportation industry.

If your business relies upon workers’ independent contractor status to reduce operational costs and insulate vicarious liability, January 1, 2020 is going to represent a sea-change in your employment practice. Unless your current independent contractors fall within one of the enumerated exceptions, discussed above, they are most likely going to reclassified as employees and afforded all the attendant rights and protections.

The attorneys with Beyer, Pongratz, and Rosen have vast experience with every aspect of estate planning, probate, and business structuring. We are here to help! Give us a call to get started 916-369-9750 or contact us online to set up a FREE consultation. We look forward to working with you.